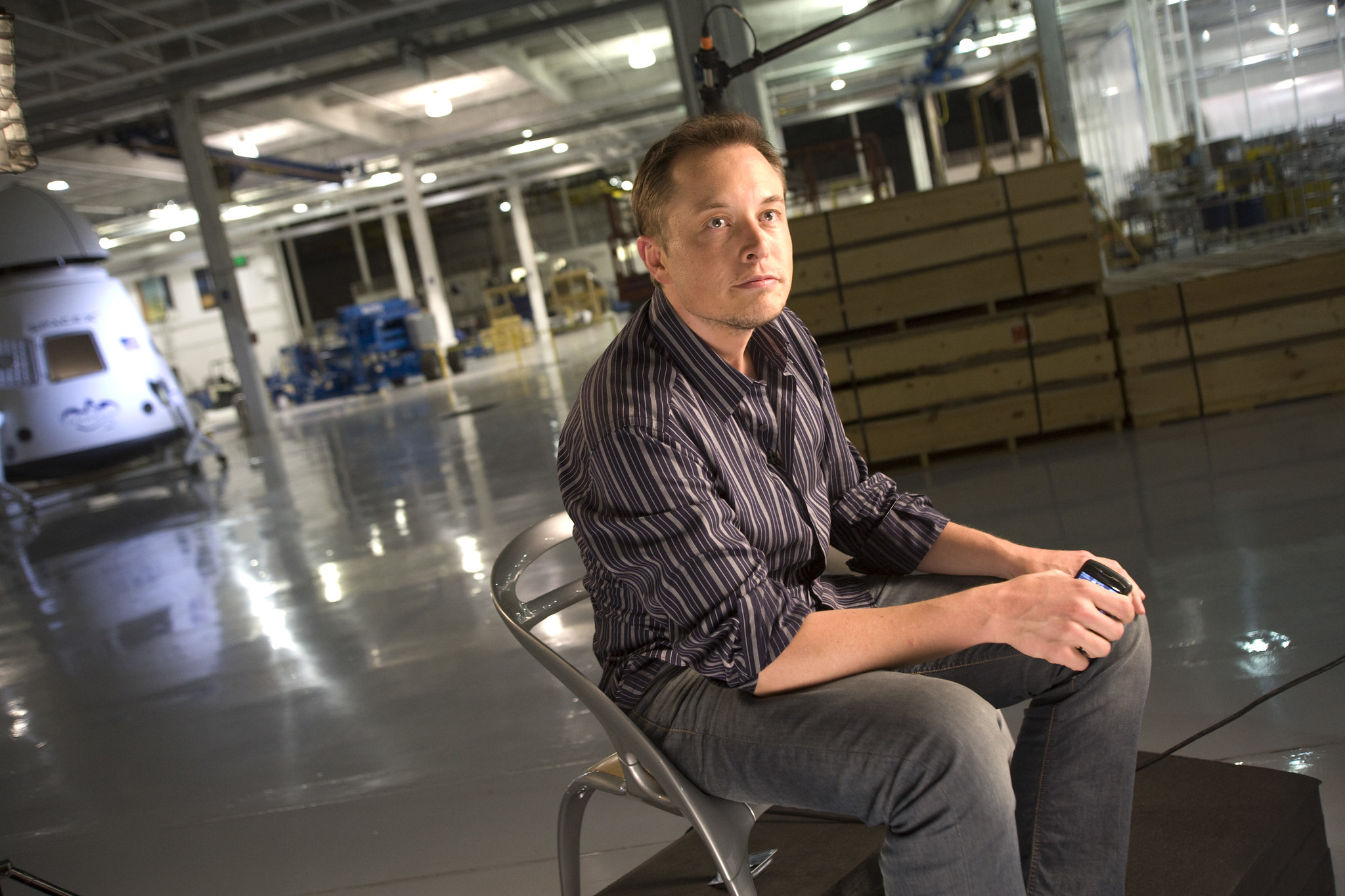 Elon Musk restarted production at Tesla’s car plant in Fremont, California, in defiance of county officials who ordered the plant to stay closed. He announced the move publicly by tweeting yesterday:

Tesla is restarting production today against Alameda County rules. I will be on the line with everyone else. If anyone is arrested, I ask that it only be me.

This follows Musk’s earlier tweet announcing that he would relocate the company’s headquarters from California to Texas or Nevada over the issue.

Musk has been fiercely critical of governmental “social distancing” mandates that have shut down businesses and forced individuals to largely stay at home, ostensibly to combat the spread of COVID-19.

In a recent Tesla earnings call, Musk remarked that:

The expansion of the shelter in place [in the Bay Area], or as we call it forcibly imprisoning people in their homes against all their constitutional rights, is in my opinion breaking people’s freedoms in ways that are horrible and wrong, and not why people came to America or built this country. (...) So it will cause great harm, not just to Tesla, but many companies. And while Tesla will weather the storm there are many small companies that will not.

He even went so far as to characterize the orders as “fascist”:

Now, it seems that Musk is taking direct action to free the corner of America under his direct influence.

Critics have lambasted his decision as greedy, irresponsible, and lawless. California Assemblywoman Lorena Gonzalez has cast it as an example of mega-rich corporate capitalism run amok, tweeting:

We have a culture in our state where these huge corporations run by billionaires “move fast and break things.” Rules. Orders. Laws. People. All without consequence.

But Gonzalez’s formulation raises a vital question for a free society. What happens when governments issue rules and orders that break the law and break people, all without consequence?

After all, that is exactly what has happened. In the wake of COVID-19, governments have grossly overreached their authority and steamrolled our rights by imposing draconian restrictions on movement, commerce, and social interaction on an unprecedented scale. As a result, they have straitjacketed the world economy, ruined countless lives and livelihoods, and devastated the mental health of millions. And they did it all over the span of a few weeks. Talk about moving fast and breaking things!

Many are fully on board with all of this regimentation, either because they are philosophically aligned with it or they are too terrified of what they perceive as the alternative. Yet, some are still stubbornly partial to their freedoms. What are they to do in the face of such an extreme power grab? Now, the super-obedient, “never-rock-the-boat” answer to this is limited to “petition your government” and “vote the bums out.” According to this perspective, any action that goes beyond that is dangerously radical: and that includes Musk’s decision to go on producing cars in defiance of government orders.

And yet, that is actually rather tame in the context of American tradition. Not that I think it would be a good idea in this instance, but it is worth noting that America’s first founding document, the Declaration of Independence, expressly prescribed revolution as a remedy for when power-grabs get too egregious:

...when a long train of abuses and usurpations, pursuing invariably the same Object evinces a design to reduce them under absolute Despotism, it is their right, it is their duty, to throw off such Government, and to provide new Guards for their future security.

Of course, Musk isn’t resorting to muskets. But what he is doing is also firmly established in American tradition: civil disobedience.

“Civil Disobedience” was the name of a famous essay by American author and philosopher Henry David Thoreau, based on a lecture he delivered in 1848. In that essay, Thoreau argued:

Unjust laws exist; shall we be content to obey them, or shall we endeavor to amend them, and obey them until we have succeeded, or shall we transgress them at once? Men generally, under such a government as this, think that they ought to wait until they have persuaded the majority to alter them. They think that, if they should resist, the remedy would be worse than the evil. But it is the fault of the government itself that the remedy is worse than the evil. It makes it worse. Why is it not more apt to anticipate and provide for reform? Why does it not cherish its wise minority? Why does it cry and resist before it is hurt? Why does it not encourage its citizens to be on the alert to point out its faults, and do better than it would have them?

Thoreau modeled civil disobedience when he refused to pay taxes that would fund an immoral war. His resistance was studiously non-violent, and he gave himself up to capture and imprisonment, thereby establishing two more precedents for the civil disobedience tradition: both of which were emulated by Martin Luther King, Jr and Mahatma Gandhi.

Arguably, Elon Musk is following in this tradition, too. He is disobeying an unjust law. And he is resisting non-violently. He is not seizing government buildings. He is just asserting his right to open Tesla’s private property to willing employees, and to pay them to produce cars to sell to willing buyers. And he expressly offered himself up for arrest should the government decide to invade private property and cage him for it.

It may seem sacrilegious to include an eccentric billionaire in the same tradition as such heroic figures as King and Gandhi. But I would argue that economic freedom is as worthy a cause as any. Our very lives, livelihoods, and living standards depend on production and commerce. If civil disobedience is ever justified, surely it is for the sake of providing for ourselves and our children.

Musk is hardly the first to engage in commercial civil disobedience against the COVID-19 social distancing regime.

To take just one example, as Texas news station Fox 6 Now reported a week ago:

A Texas salon owner will spend seven days in jail after she refused to apologize for opening her business in defiance of COVID-19 restrictions.

A Dallas County judge offered Shelley Luther, the owner of Salon a la Mode, a deal — apologize for being selfish for having her salon open while everyone else’s were closed, pay a fine, shut down until Friday and she could avoid jail time.

“I have to disagree with you, sir, when you say that I’m selfish — because feeding my kids is not selfish,” Luther told the judge. “I have hairstylists that are going hungry because they would rather feed their kids So sir, if you think the law is more important than kids getting fed, then please go ahead with your decision, but I am not going to shut the salon.”

But does civil disobedience actually work? In the book Why Civil Resistance Works, Erica Chenoweth demonstrates that, for political change, nonviolent action outperforms violent action over the last hundred years.

Yet it is too narrow to conceive of civil disobedience as restricted only to protest movements, or even to activist movements expressly campaigning for legislative change.

Every time someone goes to work, to a get-together, or to some other “non-essential” outing in spite of a social distancing dictate, risking police harassment or even jail, it is an act of civil disobedience: even if they do it quietly, without making any grand statements over Twitter or otherwise. By flouting disrespectable laws, these millions of respectable mini-outlaws are pressuring governments to roll those orders back lest their authority become an illegitimate mockery.

As pandemic panic has lessened, the devastating lockdowns have grown more unpopular, and disobedience has spread. This is very likely a big factor in politicians and bureaucrats recently softening their stances and moving toward reopening the economy and society.

Whatever you think of Elon Musk in general, his gesture of civil disobedience is laudable and may even be worth emulating. Civil disobedience may be key to recovering our liberty and prosperity in the post-COVID world. As Thoreau wrote:

Disobedience is the true foundation of liberty. The obedient must be slaves.