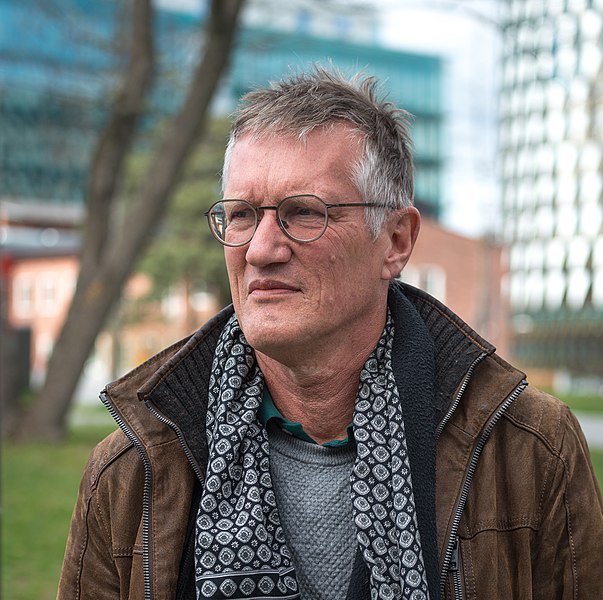 As nations around the world begin to ease lockdown restrictions passed amid the scariest pandemic since the 1918 Spanish Flu, a new battle is brewing among disease experts and the punditry class.

On one side, are lockdown proponents who compare lockdown skeptics to anti-vaxxers who endanger lives because they are drunk on "freedom" and want to prematurely ease restrictions, which they say could result in a new spike in COVID-19 cases and deaths.

Lockdown skeptics, on the other hand, draw the battlelines differently.

“On one side are ideologues heavily invested in the idea of lockdown, regardless of the cost,” The Wall Street Journal recently described one skeptic’s take. “On the other are scientists with data that the lockdowns are overkill.”

While there is room for middle ground here—I know several medical professionals who say lockdowns made sense initially to “flatten the curve,” but that stage is now over—it’s fair to say the political debate around lockdowns has become largely a two-front war.

As I wrote last week, the costs of lockdowns become clearer every day: nations around the world staggering into recessions and Great Depression-level unemployment. The benefits of the lockdowns, at least for lockdown skeptics, are less easy to quantify.

“There is no correlation between fatalities and lockdown stringency,” columnist Simon Jenkins recently observed in The Guardian. “The most stringent lockdowns—as in China, Italy, Spain, New Zealand and Britain—have yielded both high and low deaths per million.”

The debate over lockdowns has naturally thrust Sweden, which has foregone a hardline approach to the COVID-19 pandemic in favor of a softer one encouraging voluntary action, into the global spotlight. The results of Sweden’s policy have so far been mixed.

While Sweden’s outbreak has to date been deadlier than its Scandanavian neighbors, The New York Times recently conceded that “it’s still better off than many countries that enforced strict lockdowns.”

While Sweden has endured a great deal of criticism for its “laissez-faire” approach, Anders Tegnell, the nation’s top infectious disease expert, recently defended his policies, stating that while a degree of social distancing is the right approach, lockdowns are not grounded in actual science.

“Nothing to do with [them] has a scientific basis,” Tegnell said, according to The Guardian.

It’s an astonishing claim. If the lockdowns are not based on science, what are they based on? As it happens, The New York Times recently traced the history of social US social distancing policy.

The origins apparently stem from a trip President George W. Bush made to the library in the summer of 2005 over concerns about bioterrorism, which prompted him to read The Great Influenza, a book on the Spanish flu pandemic of 1918 written by John M. Barry.

Shortly thereafter, the Bush administration enlisted two federal government doctors, Carter Mecher and Richard Hatchett, to develop ideas to implement during the next pandemic. Mecher⁠— who “had almost no pandemic policy expertise,” according to the Times⁠—then met with Dr. Robert J. Glass, a New Mexico scientist at Sandia who specialized in developing models to explain how complex systems function.

And that’s where the story gets interesting. Via The Times:

Dr. Glass’s daughter Laura, then 14, had done a class project in which she built a model of social networks at her Albuquerque high school, and when Dr. Glass looked at it, he was intrigued.

Students are so closely tied together — in social networks and on school buses and in classrooms — that they were a near-perfect vehicle for a contagious disease to spread.

Dr. Glass piggybacked on his daughter’s work to explore with her what effect breaking up these networks would have on knocking down the disease.

The outcome of their research was startling. By closing the schools in a hypothetical town of 10,000 people, only 500 people got sick. If they remained open, half of the population would be infected.

“My God, we could use the same results she has and work from there,” Dr. Glass recalled thinking. He took their preliminary data and built on it by running it through the supercomputers at Sandia, more typically used to engineer nuclear weapons. (His daughter’s project was entered in the Intel International Science and Engineering Fair in 2006.)

Dr. Mecher received the results at his office in Washington and was amazed.

If cities closed their public schools, the data suggested, the spread of a disease would be significantly slowed, making this move perhaps the most important of all of the social distancing options they were considering.

If the Times is correct, it would appear that federal social distancing policy is to some extent the brainchild of a trip George W. Bush made to the library in the summer of 2005 and a 14-year-old girl’s science project. (You can read more about Laura’s Glass’s science project, which reportedly took third place at the 2006 Intel fair in Indianapolis, in this Albuquerque Journal article.)

To be clear, there’s no direct evidence to my knowledge that this is what Tegnell, who earned a PhD in Medicine from Linköping University in 2003 and a MSc in Epidemiology from the London School of Hygiene and Tropical Medicine in 2004, was referring to when he said the lockdowns are not based on science.

Moreover, there’s nothing to say the lockdowns don’t work simply because the policy stems from George W. Bush and a child’s school project. (The lockdowns will ultimately be judged on their results, not their intellectual genesis.)

Nevertheless, Tegnell’s assertion that there is no “scientific basis” for the lockdowns deserves attention. There’s a tendency to assume central planning is inherently rational and scientific, but this is hardly true. Karl Marx, perhaps the most famous central planner in history, was horribly unscientific in his methods, explained the historian Paul Johnson.

“[Marx] failed precisely because he was unscientific: he would not investigate the facts himself, or use objectively the facts investigated by others,” Johnson observed in the book Intellectuals. “From start to finish, not just Capital but all his work reflects a disregard for truth which at times amounts to contempt. That is the primary reason why Marxism, as a system, cannot produce the results claimed for it; and to call it ‘scientific’ is preposterous.”

For his part, Tegnell says the science of COVID-19 is becoming clear on at least one point, whatever the models of Laura Glass’s hypothetical town said in 2006.

“We feel more and more confident about [not] closing schools,” Tegnell told TV host Trevor Noah in a May interview. “It’s not something that really is going to be effective for this kind of disease. Schools don’t seem to be very much of a motor of this epidemic.”