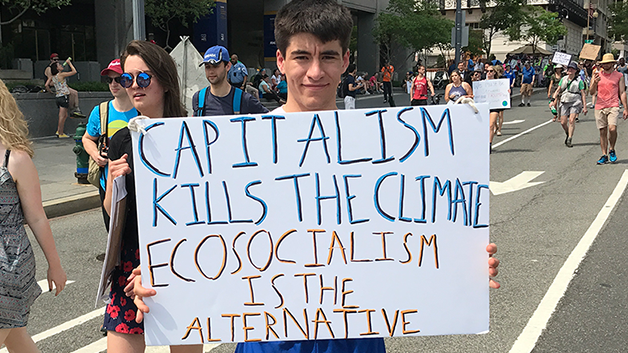 “Listen to the scientists!” shouts the Left.

If only they would.

David Wojick provides a cogent example of the Left feeding distorted climate science to an all-too-complicit media at CFACT.org:

Here is their panicky title: “Unsuitable for ‘human life to flourish’: Up to 3B will live in extreme heat by 2070, study warns“

Three billion people will live where humans cannot survive? Seriously? Will they become billions of climate refugees? That is the absurd idea, right?

The article merely mentions in passing that this is just another (hyperbolic) computer result, nowhere even hinting that this is not something even remotely real. There is no hint of scientific caution. No alternative view, no questioning analysis or opinion, nothing. The entire article is written as though this nonsense were somehow an established fact.

Here’s a maxim you can take to the bank: Socialists always lie.  Socialism has been tried and failed in so many countries, at so many levels, that the evidence against this destructive ideology is overwhelming.  That’s why their arguments are clever, yet false.  That’s why they seize control of processes and institutions and use them to suppress speech that proves them wrong.

How frustrating is it that the Left, while actively demanding obedience to politicized science, at the same time wholesale rejects solid science that is essential to sustaining and advancing society?

Science and Socialism surely do not mix.