Is Civil Disobedience Justified in Defense of the Freedom to Worship? 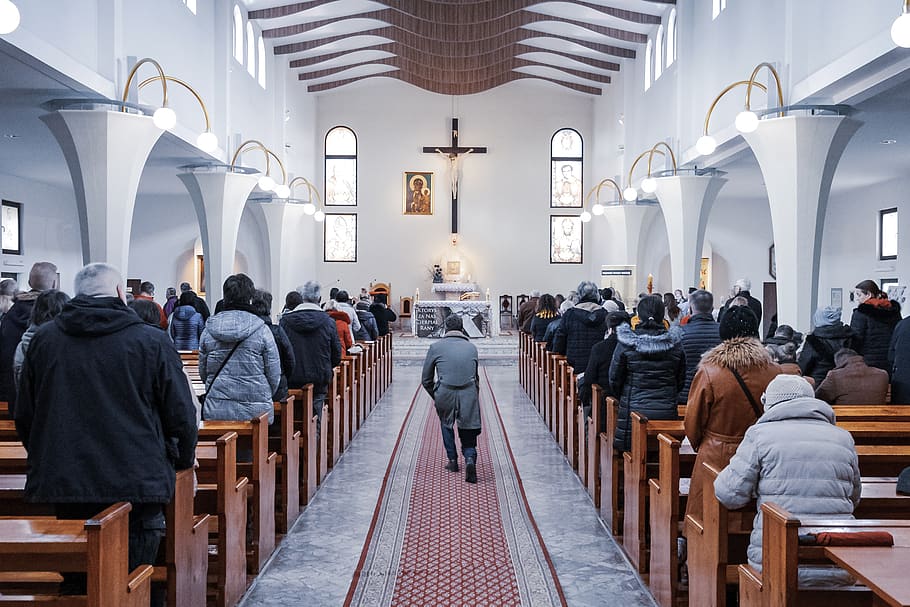 In defiance of orders from their respective governors, a significant number of houses of worship will open for services beginning tomorrow. As John Dale Davidson of The Federalist notes, most of them will be doing so while maintaining social distancing measures that are at least as thorough as those at Wal-Mart, Home Depot, hair salons, or the Department of Motor Vehicles. They will nonetheless be engaged in civil disobedience.

Where do you stand on this issue? Is civil disobedience ever justified? Does it constitute official discrimination against the practice of religion when government declares that liquor stores and abortion clinics are “essential services” that can stay open while it deems your spiritual health non-essential and orders your church, synagogue, or mosque shut? Does it bother you that if a house of worship performed abortions or served alcohol, it would stand a better chance of earning the state’s blessing?

I concede there may be room for differing views on these matters among people of good will. But if you are in the camp that categorically opposes even non-violent civil disobedience—for any purpose, against any stupidity or oppression—I have a few more questions for you:

This is a country born in civil defiance of a monarchy 3,000 miles away. If you could go back in time and walk the streets of Boston in the early 1770s, could you have urged the citizens, “Pay that Stamp Tax, let those troops quarter in your home, stop criticizing the King!”?

Harriet Tubman and tens of thousands of others defied the law to escape slavery. Could you have looked any one of them in the eyes and exhorted, “Go back, you’re breaking the law!”? If an escaped slave showed up on your front porch, would you have turned him in or helped him out? If you say you would have helped him out, then you too would be a lawbreaker.

When Rosa Parks refused to give up her seat on a bus in Alabama, she was engaged in civil disobedience. If you were the bus driver, could you have told her, “Get in the back or get off!”?

Franklin Roosevelt ordered the internment of more than 100,000 Japanese-Americans without due process. No court ever heard evidence and convicted any of them of anything. They were incarcerated because they had names like Toshio instead of Bob. Could you have addressed them through a loudspeaker with words like, “You haven’t harmed anybody but just in case you might, we have to put you away for a few years”? If one of them escaped, would you have reported him?

History is full of stories of people who practiced peaceful resistance in defense of sound principles in the face of official stupidity and oppression. Sometimes it has been the best way, if not the only one, to get bad policies changed.

One hundred and seventy years ago, a famous American figure wrote,

Must the citizen ever for a moment, or in the least degree, resign his conscience to the legislator? Why has every man a conscience then? I think that we should be men first, and subjects afterward.

That figure was Henry David Thoreau. Born in Concord, Massachusetts in 1817, he was an eminent philosopher, poet and essayist. His best-known works are his book Walden: Life in the Woods and his essay, Civil Disobedience. The latter proved influential far beyond his time and place, shaping the thoughts and actions of eminent dissidents the world over. As we ponder the civil disobedience rising in reaction to coronavirus policies, now is a perfect time to give Thoreau’s essay another look. Toward that end, I offer some excerpts below.

One last thing before I do that: I want readers to know that, speaking strictly for myself, I endorse the re-opening of houses of worship (and many other things, for that matter), whether the government officially allows it or not. If that perspective makes life a little uncomfortable for the power-hungry at this time, so be it. The additional articles listed below reflect my reasoning.

Thanks for listening. See you in church.