Cuomo, de Blasio warn rest of country may be reopening too quickly 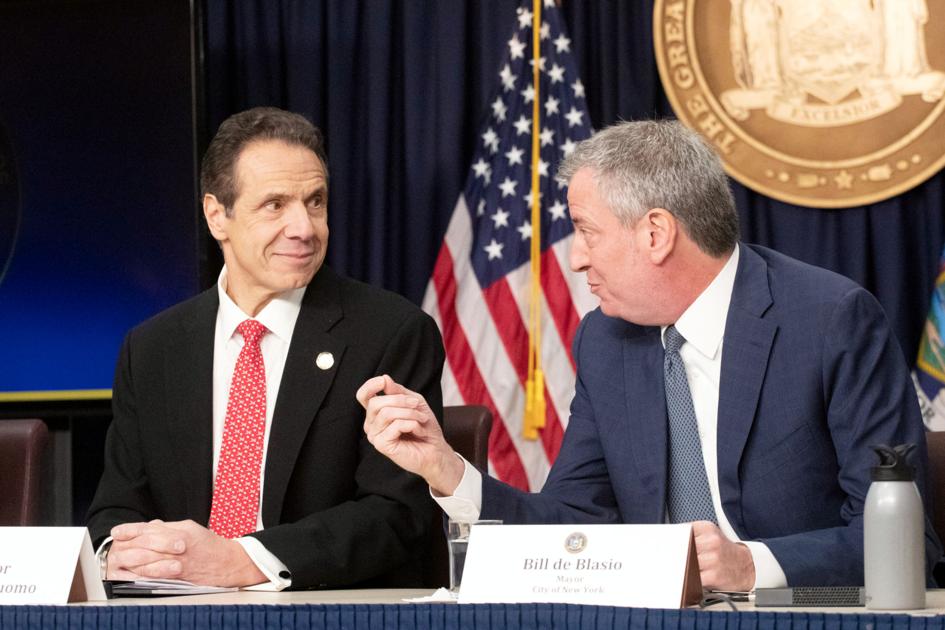 As the top officials in the state and city that were each the worst-afflicted in the nation during the COVID-19 crisis, Cuomo and de Blasio have taken halting steps toward a phased reopening even as they’ve made announcements of subway and continuing school closures.

Cuomo spoke Wednesday from the Feinstein Institute for Medical Research on Long Island, sharing continued positive indicators for the state as new hospitalizations, total hospitalizations and intensive care usage tied to COVID-19 each continued to decline.

But he cited reporting from The New York Times that appeared to indicate that the rest of the country is headed in the opposite direction.

“Yes, our line is going down,” he said. “Our number of cases is going down. We have turned the corner and we’re on the decline. … The numbers for the rest of the nation are going up. To me, that vindicates what we are doing here in New York, which says follow the science, follow the data.”

De Blasio, speaking on CNN on Wednesday, was even more adamant about what he’s seeing across the country.

“What I fear is there's a rush to reopen, in some places at least, that's going to end up with people losing their lives who didn't have to lose their lives, who could have been saved if there had been more care,” he said. “What we learned the hard way here in New York over the last two months is this is a ferocious enemy."

He said that reopening the economy too soon, even in other parts of the country, could have negative effects in states making more careful decisions.

“It’s not just about the people I represent here in New York City,” he said. “I think we're all interconnected in this country. So, if one part of the country starts to see a surge, it's inevitably going to affect everyone else.”

Cuomo, following up on a plan announced last week to dig into the data on the hundreds of new COVID-19 cases still pouring into hospitals every day, revealed that an analysis of the demographics hadn’t come up with anything actionable.

The new infections largely reflected patients coming from their homes, rather than nursing homes or essential workers, and they didn’t reveal a strong geographic pattern, stymieing any hopes the administration had of targeting resources more than it already has.

“Now it’s up to you,” Cuomo said, speaking on how to continue to drive down the numbers. “Are you wearing a mask, are you doing the hand sanitizer? … It comes down to personal behavior. This is not a group that we can target with this information. It’s really about personal behavior.”