COVID-19: What Would the Founders Have Done? 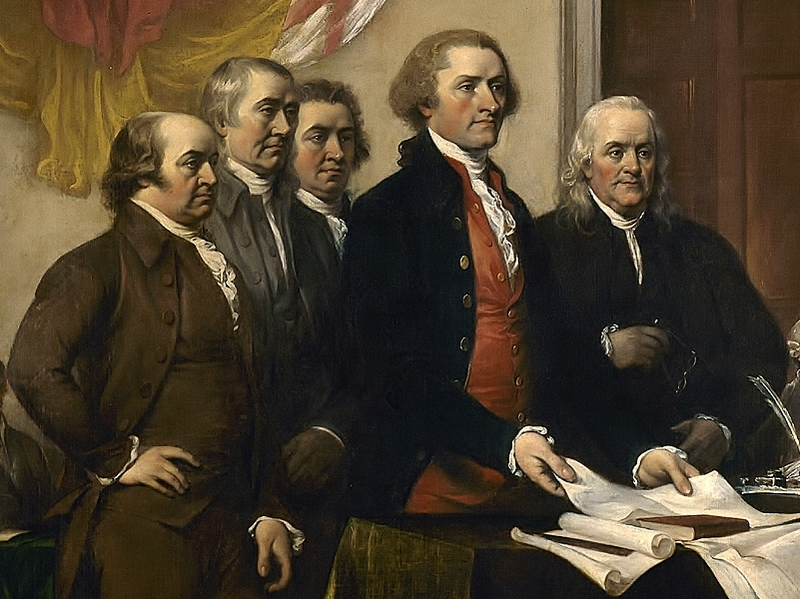 What Would the Founders Do? (WWtFD).

Now that’s something I’d like to see on a bumper sticker on every car in America! In these crazy times of government-mandated lockdowns and spending binges and debt explosions, a country begun by the most extraordinary generation in history ought to take a moment and ponder that question.

Today’s “progressives” (a misnomer by several orders of magnitude) generally turn their noses up at the mere mention of “the Founders.” They magnify the imperfections of men like Washington, Jefferson, Madison, Franklin, and Adams and denigrate their contributions.

For example: Woodrow Wilson, America’s 28th president and a progressive icon, chafed at the restrictions the Constitution placed upon the exercise of power. Separation of powers, checks and balances, and the like were obstacles to his ambitions for activist government. He once declared that “the only fruit of dividing power had been to make it irresponsible.”

Just as the progressive San Francisco school board painted over an old mural of George Washington at a local high school, those of a similar persuasion want to blot out the Founders from textbooks and public discussion.

Progressives assess the Founding generation not by the customs of that day but through the lens of today’s progressive agenda: concentrated power wielded by an aristocracy steeped in know-it-all arrogance, stifling political correctness, self-righteous virtue-signaling, and cosmic ignorance of both human nature and economics. If that’s your perspective, you can’t help but see the likes of Jefferson as antiquated and irrelevant, as obstacles to be brushed aside. Progressives seek to restore the powers of the State that America’s Founders boldly stripped away, which makes progressivism profoundly regressive—a throwback to more or less the 14th Century.

I see this often and vividly in the comments section of my Facebook page posts. When I quote Jefferson, a progressive or two will denounce the man as if he personified evil. “He held slaves!” To which I usually respond thusly:

He was not perfect. His middle name wasn’t God. He was a product of the 18th Century and he helped mightily to put the world on a new and better path. Can you confidently say that if you had been born in 1743, you would have accomplished as much good as Jefferson, that you would have been a paragon of virtue? I’m guessing that if you live to be 100, you will not bless the cause of human liberty with even half what the man from Monticello gave us toward that end—not to mention science, law, letters, architecture, education and philosophy. So cool your jets, Beethoven.

Epidemics are not a 21st-century thing. The men and women of early America dealt many times with extensive and deadly diseases—including smallpox, cholera, measles, and yellow fever. They were well aware of the bubonic plague that came before and would visit again. While I wouldn’t pretend to know what the men and women of Washington’s day might prescribe for a coronavirus response in ours, it’s fair to say they believed statism to be no cure for anything—and in fact, to be a mortal danger itself and deadlier than any pathogen.

None of the crafters of the Constitution would ever stoop to approach legislation the way our progressive Speaker of the House once did (“We have to pass the bill so that you can find out what is in it”).

The Founders would be among the first to tell you they didn’t possess all the answers to everything. But they were confident that a free people would eventually come up with better answers than corrupt elites, some of whom appear to frolic in their own edicts (Michigan Governor Gretchen Whitmer is Exhibit A).

To the Bill of Rights, Madison never suggested adding such language as “weather permitting” or “if it’s convenient” or “pending executive approval” or “unless otherwise over-ridden for a variety of special purposes and good intentions.” He and the others at the Constitutional Convention knew that future power lusters would gladly drive a 20-mule team straight through such loopholes.

At the very minimum, the Founders would, to borrow from my essay "A Nation’s True Test Comes After the Crisis," “judge the leadership and character of those in power by how quickly they get off our backs, out of our pockets, and out of our way when the crisis has passed” and assess most harshly “those who use the situation to enshrine the state as our master.”

The Founders themselves aren’t available for consultation but their words of warning and wisdom still are. Here’s a selection worth your time and consideration. You the reader can decide their value in present circumstances. Remember that those men and women endured hardships and challenges just as existentially serious as any we’ve experienced. They put much thought into what they did because at certain times, their very lives depended upon it. It’s never a useless exercise to hear them out: