Dealing a long-anticipated setback to the Obama administration’s signature effort to transform the U.S. transportation sector in the name of combating climate change, the Trump administration has scrapped an Obama-era gas-mileage standard and replaced it with a much less-stringent fuel-efficiency rule.

The rules will require U.S. cars to improve fuel efficiency by 1.5% per year for the model years 2021 through 2026, compared to a nearly 5% annual increase mandated by the Obama administration in 2012. Under the Trump rule, the projected overall industry required fuel economy for the model year 2026 will be 40.4 mpg, compared to 46.7 mpg under the 2012 Obama standards.

EPA and NHTSA say the new rules will make new vehicles more affordable, which will lead to a major reduction in traffic deaths and injuries as consumers will replace their older, less-safe models with new cars that have better safety features.

“President Trump inherited a CAFÉ mandate from his predecessor that was impossible to achieve without dramatically altering the automobile market or making the cost of vehicles out of reach for most American families,” notes Tom Pyle, president of the American Energy Alliance.

And that’s exactly what the Obama administration intended to do: Create an impossible standard, “forcing” the government to step in when automakers couldn’t achieve it, and raise the price of vehicles so that people would be forced to buy a car they can’t afford or turn to public transportation as a last resort, even if it didn’t meet their needs.

This is social engineering via the administrative regulatory state; have unelected and unaccountable bureaucrats set the rules so that people will have no choice but to change their ways, putting the country on a glide path to a green utopia.

The Trump administration’s move follows its 2019 revoking of a waiver Obama granted California that allowed it to set its own, more stringent tailpipe emissions standards. California, along with nearly two dozen other states, are suing the administration for the right to set their own fuel efficiency standards.

CAFÉ: A Relic from the Past

An earlier version of the rollback envisioned freezing the CAFÉ standards at current levels, with requiring no increase in fuel efficiency during the 2021 – 2026 timeframe. Instead, the administration blinked and came up with a 1.5% annual increase. The administration should have stuck to its guns. CAFÉ is an antiquated program adopted in response to the 1973 OPEC oil embargo. The days of U.S. dependence on Middle Eastern oil are long past, and Washington should butt out of mandating gas-mileage standards and allow consumers to make the choices that fit their needs.

For their part, environmentalists made no attempt to hide their disdain for the administration’s action, conjuring up an impending climate disaster in the process.

“At a time when scientists are telling us we must transform our economy and build a 100% clean future as soon as we possibly can, this outrageous action moves us closer to a future climate that is inhospitable to humanity,” opined Christy Goldfuss, senior vice president at the left-leaning Center for American Progress. (Washington Times, April 1)

Some things never change, and climate alarmism is one of them. 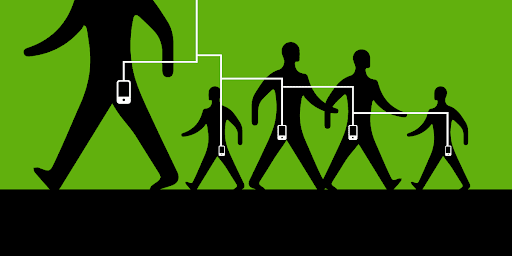