Op-Ed: Drones helped in Katrina, they can help during COVID-19 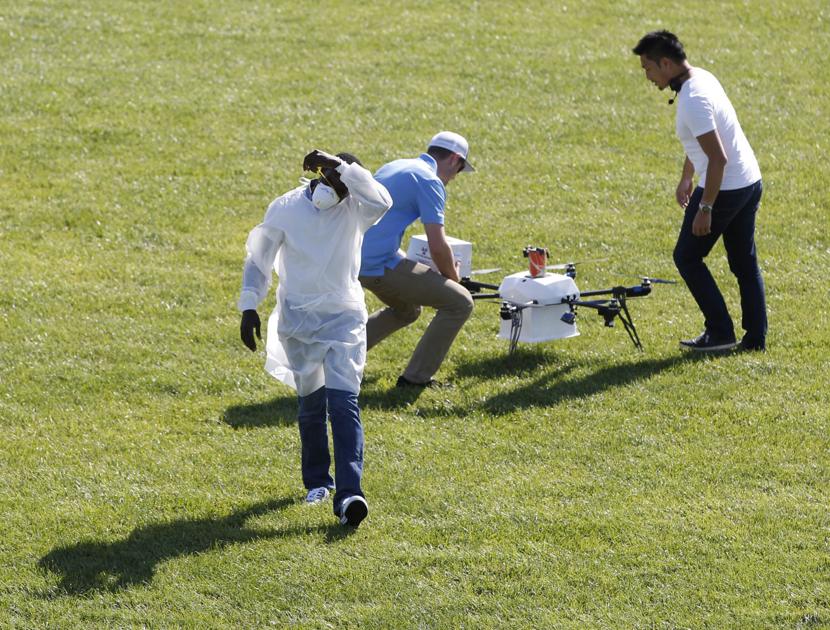 Louisianans are often at their best during a disaster. Pelican State residents came together to help one another during the aftermaths of Hurricane Katrina and the historic 2016 floods. Since then, the Cajun Navy has been known across the Southeast for deploying in times of flooding to save those in need.

But one of the most important tools deployed during Katrina has not yet been available during the coronavirus crisis: drones. Commercial drones could be launched quickly to improve medical logistics and quality of life during the pandemic.

There’s precedent here. In the aftermath of Hurricane Katrina, drones were used to find those who were still stranded and to deliver food and medical supplies to those who were cut off from supply routes. Additionally, drones were crucial to damage assessment post Katrina, which helped determine where scarce recovery supplies were needed most. In fact, some drone operators contend that drones are far superior to helicopters in these scenarios since they are cheaper to operate, don’t risk pilot lives and can reach areas that are inaccessible to helicopters.

Likewise, drones can have enormous benefits in dealing with COVID-19 in Louisiana, which is experiencing one of the highest infection rates despite its comparably low population.

Drones are already being used elsewhere during this global crisis. For instance, drone pilot programs were expanded massively in China to help combat COVID-19. China used drones not only to deliver commercial goods to quarantined citizens, but also to quickly and safely transport medical supplies to areas that would be dangerous to human couriers. One logistics company reportedly shipped 11 tons worth of medical and emergency supplies via drone in the past month in a hard-hit Chinese province. The potential benefits of delivery drones to rural and hard-to-reach medical clinics in Louisiana are clear.

Amid a virus that demands social distancing, having as few people interact with the delivery of medical supplies and crucial consumer goods can certainly help reduce the rate of infection.

But for Louisiana and other parts of the country to take advantage of drones, policy needs to change at both the state and federal level.

The Federal Aviation Administration (FAA) has been slow to integrate them into American skies, but many states are ready to put drones to use. North Dakota, for instance, authorized $28 million last year to create a statewide air traffic control system for drones. Those plans have been on pause, however, because some federal regulators resist state efforts to oversee drone operations – even if the operations are entirely local. Additionally, the FAA’s slow-walking has created a lack of clarity regarding drone rules and regulations, making it difficult for drone operators in Louisiana and across the country to test their medical and consumer delivery systems.

Though Louisiana ranked a disappointing 37th in a recent Mercatus Center study on which states are prepared for the drone industry, it is well situated to lay the groundwork for extensive drone delivery networks.

Indeed, Louisiana already has one of the most important laws on the books to help drones take off in the Pelican State. This law is called an airspace lease provision. It allows municipalities in the state to lease out the airspace directly above public roadways to drone operators, creating a drone highway in the sky. This law was created decades ago with real estate developers in mind but could be used by municipalities in the state to spur the home-grown drone industry.

But more needs to be done both in the long and short term to get drones in the skies today, when they are needed most.

Gov. John Bel Edwards has been breaking down barriers to industries like telemedicine and medical testing. The governor can similarly work with the federal and state transportation agencies to develop emergency rules to allow for the use of drones. The governor should foremost focus on medical supplies before moving to consumer delivery.

In the long term, clarifying both public and private property rights, as well as nuisance laws, are crucial to having a more robust drone policy in the state. But that is a job for the legislature another day.

A workable, short-term drone policy means faster delivery of both medical and consumer goods with less risk of infection. But there needs to be clarity in Louisiana laws, and the governor can work with the appropriate agencies to make that happen now.

The people of Louisiana can ill afford to wait.