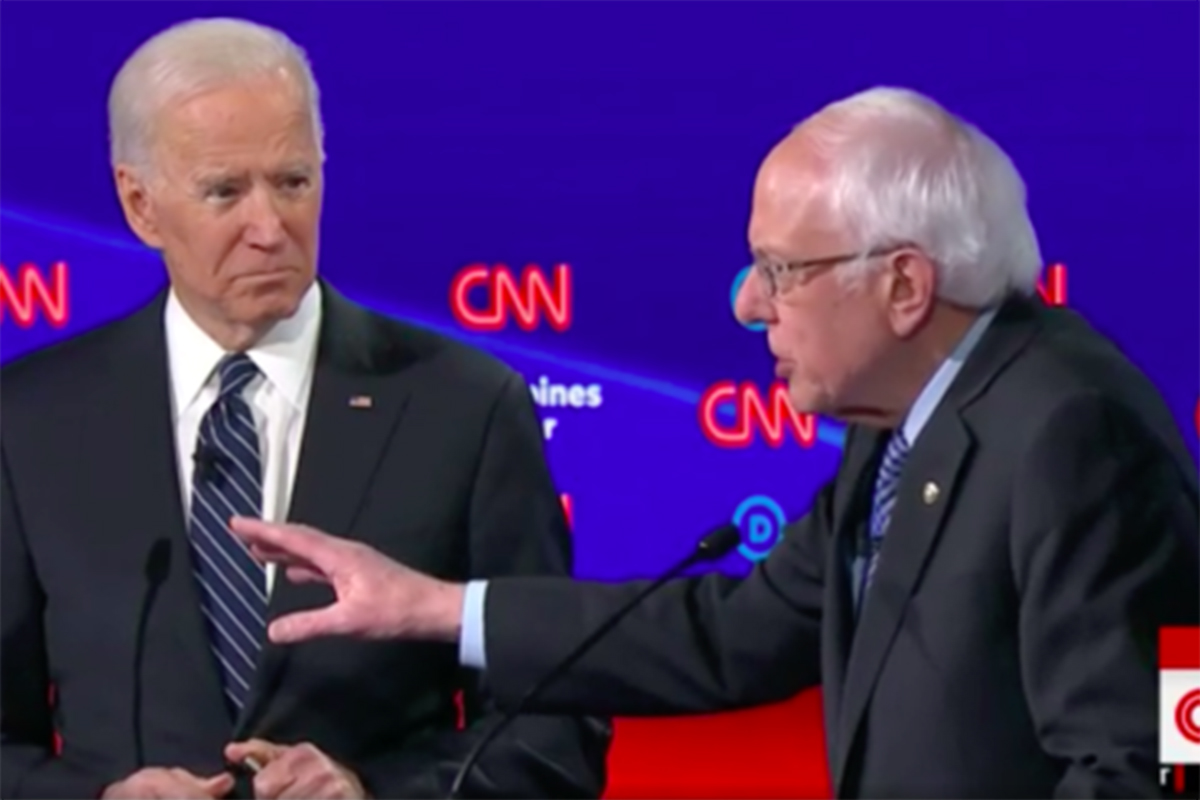 (The views and opinions expressed in this article are those of the authors and do not reflect the views of Citizen Truth.)

Biden won Florida, Illinois and Arizona on Tuesday and has become the undisputed front runner in a ride that began on the first Super Tuesday. In no small part this was helped by the Democrat establishment rallying around him before the vote.

The party establishment was terrified of Sanders and it showed in the days ahead of the first Super Tuesday when other candidates ended their campaigns to support Biden. And the first one on one debate between the two candidates likely helped Biden as he utilized the strategy of not answering questions.

Biden came out strongest in support of having a woman be his running mate if he secures the nomination. He stated emphatically that he would pick a woman as he said his cabinet would be diverse.

“If I’m elected president, my cabinet, my administration will look like the country,” he said . “And I commit that I will, in fact, appoint a woman to be vice president. There are a number of women qualified to be president tomorrow.”

CNN reporter and moderator Dana Bash challenged Sanders to make the same commitment, but Sanders would not give a 100 percent committal. But he did say that he was leaning towards picking a woman.

“In all likelihood, I will,” he said. “For me, it’s not just nominating a woman. It is making sure that we have a progressive woman and there are progressive women out there.”

This led to a ton of speculation online as to who could be the female chosen by either man. Names included former Secretary of State Hillary Clinton, Sen. Kamala Harris and Stacey Abrams.

As expected coronavirus, namely the COVID-19 pandemic, took center stage at the debate. Sen. Sanders hinted at the idea of even delaying election dates to deal with the crisis.

“”Look, you know, elections, dates are very, very important. We don’t want to be getting in the habit of messing around with them,” he said.

“I would hope that governors listen to the public health experts, and what they are saying is — you just indicated — we don’t want gatherings of more than 50 people,” the senator said. “I’m thinking about some of the elderly people sitting behind the desks, registering people, doing all that stuff. Does that make a lot of sense? I’m not sure that it does.”

Both candidates also took aim at President Donald Trump and his administration’s handling of the pandemic.

“A president who had a brain in his head would have brought the scientists together and said, ‘Look, how serious is this, what do we? what do we do now?’ Not talk about, well, I have … I have an unusual ability to understand the issue or it’s going to all clear up,” Sanders said.

“What happens after this crisis is over, and it will be over, are we satisfied with the health care system which is not a system? At the end of the day, we have 87 million people who are really nervous about whether they can afford to go to the doctor or not,” he said.

The former vice president lamented the fact that the Trump administration, like some other nations, rejected the World Health Organization’s coronavirus test.

Depending on how you look at it you could make a case for either candidate as the winner of the debate. Biden jabbed at Sanders but kept his distance which is what someone in the lead is supposed to do. But there was one major stumble.

“You get rid of the nine super PACs you have?” Biden said.

“I don’t have any super PACs,” Sanders said.

“Yeah, you go ahead and list them,” Sanders challenged.

“Oh, give me a break!” Biden then said, unable to list any super Pac that is supporting the Vermont senator.

“No, I won’t give you a break on this one. You’ve condemned super PACs. You’ve got a super PAC, and it’s running negative ads,” Sanders said.

Biden did not look good in this debate, but all he had to do was not look atrocious. He was also helped by the fact that people want leadership that is not new or aggressive in a time of crisis.

The question is, can Biden get the Sanders supporters to back him. The answer is not going to be known for months, but if he wants to win he is going to need them.