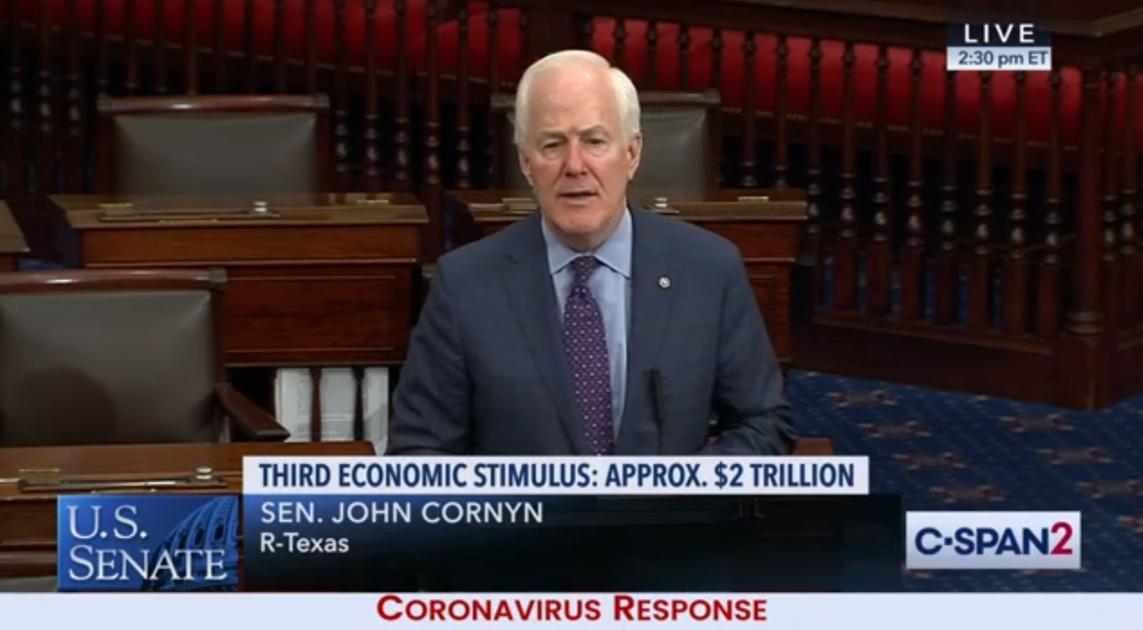 (The Center Square) – The U.S. Senate has begun debate on a coronavirus stimulus measure after White House and Senate leaders struck a deal earlier Wednesday on a $2 trillion coronavirus relief package.

A vote to pass the package is expected this afternoon. If so, it would then go to the House of Representatives, which is in recess.

House Republicans support the measure. House Speaker Nancy Pelosi told CNBC that she may try to get unanimous consent from representatives so lawmakers don't have to return to Washington for a vote. This can be done if no lawmaker objects.

"This is a very important bipartisan piece of legislation that is going to be very important to help American workers, American business and people across America," Treasury Secretary Steven Mnuchin said after the deal was reached, according to Fox News. "So, we couldn't be more pleased. I've spoken to the president, many times today, and he's very pleased with this legislation, and the impact that this is going to have."

With thousands of businesses across the U.S. shuttered over fears of spreading COVID-19 and unemployment claims skyrocketing, President Donald Trump urged a stimulus deal to keep the economy running and to help Americans who in larger numbers are losing income.

The measure also would extend jobless insurance by 13 weeks and include a four-month enhancement of benefits. It would include independent contractors such as freelancers, furloughed employees and gig workers.

Small businesses that pledge not to lay off their workers would be eligible for low-interest loans through June 30. The loans would be forgiven if the businesses continued to pay workers during the pandemic.