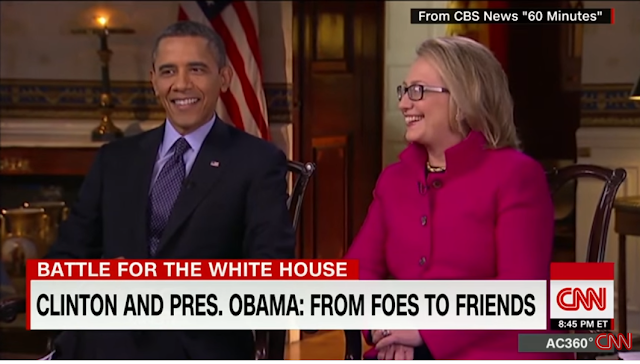 
A judge recently sided with Judicial Watch in a court proceeding that would force the FBI to comply with a FOIA request that would release secret conversations between a Barack Obama FBI/DOJ lawyer and a Former FBI lawyer now working for Hillary Clinton concerning the Russian Collusion Hoax Probe. The judge, James E, Boasberg, rejected the argument by the FBI that Michael Sussmann, an Obama-era-DOJ-turned-Clinton lawyer, has "privilege" rights as Clinton's new attorney.

Michael Sussmann works with Perkins Coie, the firm responsible for the salacious, libelous, and thoroughly debunked Steele Dossier. While working for the FBI, he and then-FBI-Chief-Council James Baker, who played an important role in the Russia Collusion Hoax Probe had a series of conversations relating to the probe that were the subject of the Judicial Watch FOIA request. Michael Sussmann, in sworn testimony, has admitted to leaking documents to the press during the Russia Collusion Hoax Probe.


Sussmann and Baker also had multiple conversations concerning those leaked documents. However, he was also handling the investigation into the alleged DNC server hacks and also personally hired Christopher Steele. It is also speculated he acted as a "conduit" between Steele and the FBI. This means these conversations the FBI is attempting to keep buried could shine serious light on the inner workings of the Russia Collusion Hoax Probe.

Judicial Watch's court victory comes ahead of the release of Inspector General Horowitz's findings regarding the illegal actions taken by the Obama-controlled FBI to investigate President Trump during the 2016 election. The report is slated to be released this upcoming Monday, the same date Jerry Nadler quickly announced there would be the second day of the Democrat-lead Impeachment Pseudo-Debates.


In separate statements, William Barr has said there is a criminal investigation concerning the actions undertaken during the Russia Collusion Hoax Probe, and there have been reports of Deep State agents lawyering up. If Judicial Watch is able to release these conversations then there could be a real reckoning in the public's eye over Barack Obama, Democrats, the Intelligence Community, and their scheme to take down President Trump through a phony investigation based on a hoax. This could certainly help President Trump win reelection in 2020.